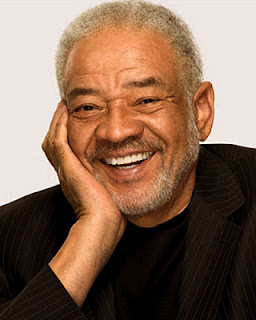 Today's MC spotlight is on one of the greatest American singers of all time, Mr. Bill Withers.  He is one of my favorite singers and one of my biggest influences as a writer.  Although he is categorized as an R&B singer, Bill Withers is simply and completely an American songwriter, composer, musician, and singer in every way.  He was born Williams Harrison Withers on July 4, 1938. He was the youngest of six children in the small coal-mining town of Slab Fork, West Virginia.  He joined the Navy at the age of 18 and served for nine years.  Afterwards, in 1967 he moved to Los Angeles, California to pursue a career in music.  He was successful! 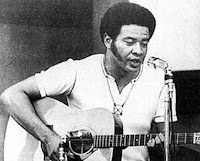 First, I cannot imagine being on the same ship as Bill Withers. I was in the Navy and none of the guys in my division could sing anywhere close to Bill Withers.  Mr. Withers has the type of lyrics that speak to the soul.  Some of his greatest hits such as Lean on Me, Ain't No Sunshine, Use Me, Just the Two of Us, Lovely Day, and Grandma's Hands were rhythmic, poetic, and they possessed the magic of a great American novel or short story.  One of my favorite songs, which spoke on the subject of the Vietnam War was I Can’t Write Left Handed. Listen to this song and perhaps you will understand how poignant and ingenious this song is, and how Mr. Withers addresses the atrocities of war without being judgmental.
Overall, Bill Withers is still one of the greatest singers of our age.  In 2009, the documentary Still Bill, which chronicles the career of this talented singer, was produced by directors Damani Baker, Alex Vlack.

Note to Mr. Bill Withers:
Mr. Withers, one of my regrets in life is that I’ve never had the pleasure of seeing you perform live, but I have treasured your music and lyrics since I was a boy.  I have to thank my parents for having your records. I was born the year you made your move to Los Angeles; 18 years later, I would also go on to join the Navy.  I’ve served on active duty for 3 years and went on to college where I served in the Naval Reserve for five years. Today, I still serve but as a teacher.  I also write.  You are one of my greatest influences as a writer.  Meaning, I try to capture and record in my writing how life has touched me, and I try to keep my words simple, poetic, and true.  I am often tempted to show the world just how deep my vocabulary can be, but then I think of your lyrics along with the writings of the late and great Paul Laurence Dunbar and the phenomenal Langston Hughes. So, I keep it simple and from the heart just as I feel you wrote your lyrics.  Sir, I salute you.  Relax and know that you have touched so many lives with your music.  In particular, you have profoundly touched my life. I thank you.  Peace and love to you and yours.

I, too, am a huge fan of Bill Withers. As I started reading your post, I was thinking about how much I love the song "I Can't Write Left-Handed." Then I saw what you wrote about this musical gem.

This post brings a big smile to my face. Bill Withers is an American treasure.

An American treasure indeed! I so enjoyed this walk down memory lane. I'm humming tunes now :)

hey you! it was good to hear from you. hows the family?

this was a great post... all the kids in the neighborhood trying see who could hold the longest note to " a lovely day". good memories.

These are great stories about Bill Withers. Great way to celebrate living legends.

Christina the family is great. Thanks. Good to see life through your camera lens.

Thanks for this post. I thought a few of the songs listed were sung by Aaron Neville. I have been officially schooled.

Aaron Neville is another fav!