Paul Robeson and the Birth of a Nation 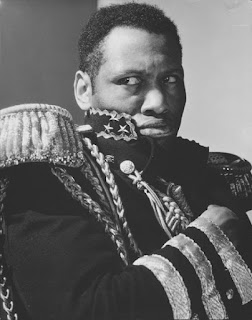 September 16, 1933 – The Emperor Jones, starring Paul Robeson as Brutus Jones is released by United Artists Film Corporation. It is the first time that an African American is starring in a major Hollywood movie role with whites in supporting roles. Paul Robeson continued to entertain audiences for years after The Emperor Jones with his famous baritone voice.  He was also an human rights activist known all over the world.

Ironically, almost two decades before The Emperor Jones, one of United Artist Founders, D.W. Griffith, became famous when he directed and released the controversial film, The Birth of a Nation in 1915. The film depicted African Americans as deceitful, murderous, savages, while he made the Ku Klux Klan the heroes of the film. The film had wide success, but met resistance from the NAACP, who mobilized protest of the film before its release.

Thanks. I schooled myself researching this.