In education, the United States ranks 17th out of 50 countries.  That is a sad number for a country that claims leadership in so many other areas.  It seems that education is not the top priority.  It is proof that many are not concerned with problems that do not affect the majority.  For instance, it is mostly inner-city neighborhoods in various urban centers across the United States that are being affected by the growing number of school closings.  The parents and leaders of those communities are concerned because it will not only cause inconvenience for a disproportionate number of African American parents, but it will also be dangerous for the children who will have to attend other schools in other neighborhoods.

Why is this such a bad thing?  Well, there are rival crews and gangs in those other neighborhoods.  This may sound silly but it is the sad reality.  What are the choices for African American students growing up in this type of environment?  Well, many of them will be brave and fight their way through.  Other students will just choose not to attend school.  This, of course, could cause a spike in dropout rates that are already high.  Unfortunately, there are others who will perish because of their courage.

I know this because I grew up in a similar environment.  I grew up in the Linda Pollin Memorial Housing Project (now demolished) in Southeast Washington.  My old elementary school is one of many schools set to close in Washington, D.C.  This is going to affect over 200 children Ferebee-Hope who will have to find another school to attend.  Why would this affect elementary school children?  Well, it was in that elementary school, back in the 1970s mind you, where I was first robbed. I also started hooking school around the fifth or Sixth grade.  It all started there at Washington Highland Elementary (Now Ferebee-Hope Elementary).  More instability in a potentially unstable environment can have devastating consequences.  Back then, the school was 100% African American.  Today, it is nearly the same at 99%. 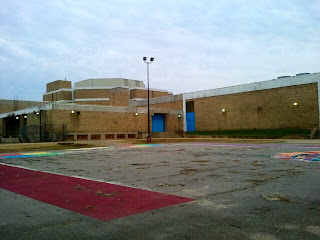 The problems which existed for me as a student there some 35 years ago still exist for those students today.  In some cases, the problems are magnified.  So, I hope that state and local governments will consider the ramifications of their actions as they continue to close more schools in the African American community.  I think that it would be wise and to the benefit to the children to find out exactly what can be done to prevent these closings or come up with better solutions to protect these children once they arrive at their new school.  It should be taken just as serious as those first students who entered Little Rock Central High School in 1957.  In some cases, it will be even more dangerous.
at 3/21/2013 03:26:00 PM