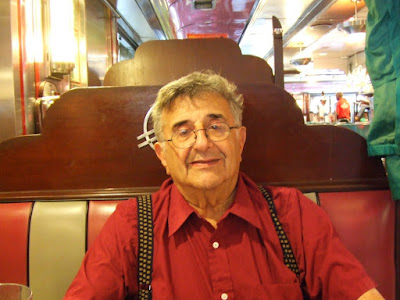 Mr. Larry Rosen
There are many who think of Washington D.C. as a transient city. As a matter of fact, I have at times even defended it as a true city with a true local culture. Sure, there are many government and military personnel who come and go every day, but there are also families who have lived and worked here for generations – my own family included. These long time Washingtonians have seen the city’s landscape and people change right before their eyes. Larry Rosen is one of those people. I was introduced to Larry by his web designer, who read my blog post on the 1968 riots in DC. She sent me an email telling me about Mr. Rosen and how he once owned a store on the corners of 14th & Clifton St. N.W.
She also mentioned that he was affected by the riots and encouraged me to contact Mr. Rosen if I wanted to learn more. I was fascinated! I have always been interested in learning more about what I call, “White Washington.” I mean, I wanted to learn more about the long time Washingtonians who have helped to shape this city into what it is today. We sometimes forget or never knew that some of the predominantly African American sections of Washington were once predominantly white. There are Many African American Washingtonians who think that DC has always been “Chocolate City.” News flash – it wasn’t!
Well, the thought of meeting Mr. Larry “Doc” Rosen was exciting for me because this gentleman was one of many storeowners who lost their store during the Washington DC riots of 1968. I have talked to family members and others who told me about the riots of 1968, but they were all African Americans. Larry Rosen is an 86 year old Jewish man who grew up in old Washington, so his testimony would be, for me, from a unique and interesting perspective. He grew up in what was a culturally diverse Washington that, in some cases, resembled New York’s Lower East Side. For example, Larry Rosen grew up in what was a very diverse section of Southwest Washington. It’s the Washington that no one ever talked about when I was growing up. This neighborhood consisted of African Americans who migrated from the Deep South as well as Jewish, Italian, and Irish immigrants. It was Washington’s working class neighborhood, which is nonexistent today.
On the afternoon of Thursday, September 10th, I had the pleasure of meeting one of my fellow Washingtonians, Mr. Larry Rosen. He walked into the Silver Diner, and we instantly recognized each other from the pictures on our blogs. He is a good looking man for 86. He is just a couple of years younger than my grandfather, but he seemed younger in his face and demeanor; I was impressed. We sat down at the Silver Diner in Rockville, and talked for about two hours about his life growing up in a Washington – a life I knew very little about. He told me how he and his family came to this country from Palestine [now Israel], and first settled in Wyoming. Soon, they migrated to Washington, D.C. and settled in Southwest DC. He told me about his father, who was in the poultry business. His father prepared kosher chickens for some of Washington’s Jewish residence; he also performed circumcisions as a trained Moyle. Mr. Rosen had such a wonderful story, and so different from what I thought I knew about my Washington. 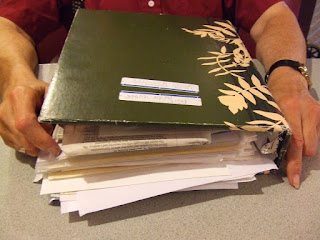 Washington, D.C. is a real place with real people, and many of them have memories of a place that very few of us know about today. Mr. Rosen, thank you for telling your story. If you want to find out more about the “real” Washington, D.C. that Mr. Rosen grew up in, please visit his website at LarryRosen.org. He has wonderful articles, photos, and links that I think you will enjoy.
at 10/10/2009 06:35:00 PM

Very interesting. I think people have heard the phrase "chocolate city" for so long they think that was always the case and of course it wasn't. I'd be interested to hear about the intersection of the Jewish and black communities during the early years. Oh and you can ask Mr. Rosen about rugelach, it's a popular pastry during the high holy days and he might know a DC bakery where you can try some.

Brother Bess, very interesting post, thanks so much for sharing this information with us. Living in San Diego as I do, I am aware of what it is like to live in a place where there is a turn over of people. The true locals and their history can seem to get lost in the daily grind of those who are just there for a short time.

FlyG-
Yes, there is so much history in DC. I love it. I should've taken my prof's advice and did a double major -- English and History. Well, it certainly has not stopped me from learning. I will ask Mr. Rosen today. I received a call from him over the weekend.

Fitzgerald-
Hello my brother! Good to see you. You know, I haven't done much blogging lately, but I wanted to highlight Mr. Rosen. He is an interesting young man. :)