Michael Jackson: A Crook and a Memory 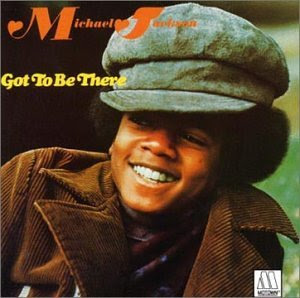 I’ve had a "crook" in my neck ever since I heard the news about Michael Jackson's death. No, MJ’s news alone didn’t give me this "crook." After hearing about MJ, I got a call that an extended family member died of a heart attack as well and on the same day. I don’t know what hour, but the same day; I couldn’t believe it! The first news about MJ caused tension in my right shoulder as I listened to the report on CNN and I thought back over the past couple of months and remembered having thoughts of him dying. Don’t ask me why? My wife asked the same question, but I thought of MJ dying and how terrible it would be. Anyway, the tension and stiffness begin to ease a little as I watched his famous “Rock with You” video on BET – That song and video are both classics.

So, as I mentioned, I got the news about the extended family member yesterday as well. The news caused my head drop into my chest as tension went up the back of my neck. By the way, I distinguish him as “extended” family member because he wasn’t my uncle, but I felt kin. He grew up with my father and uncle and his mother used to bake homemade biscuits in her kitchen with fresh apricot preserves. She would feed me and tell me how she used to feed my father and uncle in that very kitchen. All of these things were part of my memory growing up in North Carolina -- Michael Jackson's music, Motown, Ms. Willie Anne's homemade buscuits, etc. Those memories and experiences helped to shape who I am today and they have inspired me to love, dream, and love some more. They are the reason that I love to write because through writing I am able to keep those memories alive. Meanwhile, despite this "crook" in my neck I'll have to do as Nina Simone suggested and "get busy living." I thank God for His mercy, grace, and life. Amen.
at 6/26/2009 12:26:00 PM

"Those memories and experiences helped to shape who I am today and they have inspired me to love, dream, and love somemore."

And this blesses a life.

May you and yours know the kind of peace and solace that only God can provide. Blessings.

Thanks, Geoffrey. It's always great to know that my words or actions can be a blessing.

Gishungwa-
Thank you, sister. Thank you for stopping in. Peace and God bless you.

You have my condolences and prayers on the loss of your loved one.

My kids and I are bummed out about MJ. I've been thinking about the fact that my childhood and that of my children were filled with music of Michael Jackson. We have so many memories.

Take care of yourself. We care.

Thank you, Deb. It was so crazy. It was just too much death at once. I can't imagine being in a war zone. I would need grief counseling.

I'm very sorry about the loss of your family-member.

i totally feel you on the "get busy living" part. life is so precious, this is just another reminder of that.

my prayers go out to your & your fam bless!

Thank you, Muser. Also, thanks for stopping in.

PWife-
Thank you so much. Good to see you. I'm headed down south today. Take care.

Sorry about your loss. Times are hard sometimes, but we have things in place to aleviate the pain.

You can listen to MJ day and night and his soulful music will always be with you.

You can reminisce on the good times you had with your family member and his spirit will always be with you.

And you can use Ben Gay for the crook in your neck--hopefully this won't always be with you.
:-D

Very touching, Bess. This touched the tender spot in my heart. You express so well through words. I'm very sorry about the deep loss in your family. My prayers are with you. Peace.

JB-
lol! :) thanks for that giggle. I like MJ's music, but only when I'm in the mood for it. I was just a bit disturbed about the way he died.

The relative was through families. He was a friend of my fathers growing up. The two families are close. I don't really have memories of him, but I am like cousins with his two nephews. We went to school together. The funeral service was nice. He was a big time judge (First African American judge in North Carolina since Reconstruction) so every judge, lawyer, congressman, etc. was there.

Getzapped-
Thank you so much. It was a double whammy that day. Enjoy your holiday weekend.

Oh what a blessing!

You knew someone personally who broke a barrier. I know you are proud.

I'm sorry to hear about your loss.

About Micheal I had been hearing that he was ill and would not live the year out. But those were simply rumors. I have so many memories of him. To me he was the first boy I felled in love with. I miss him already.

Aww no, not you too, Stephen. These are sad times. I'm sorry about your uncle...he was related to you by heart, if not blood. I had one like him once. My father's friend. He was one of the kindest men.

You have ESP. My friend used to tell me that my ESP was 'coincidence' until he saw too much evidence. Just before MJ died, my friend had what I call the beginning of ESP experience, he didn't know exactly who would die, but the feeling was strong. Then MJ died.

I can't stop thinking about it. I used to think that he'd grow old.

My your extended family member and MJ both, rest in peace.