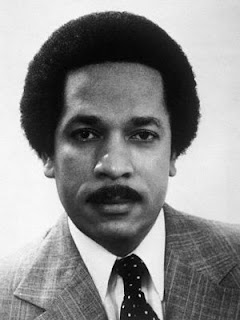 I remember Mr. Robinson and the pride I felt watching him on TV doing his job.

Me too. However, I was a young teenager and by then I was attending school in North Carolina. So, I didn't realize the impact or importance of his job because teachers didn't talk about it. However, I still remember feeling proud when I saw him on tv.

Stephen, I remember the shock/sadness that I felt when I learned about his death during those early years of AIDS. One of the reason why I wrote some of those stories because he was among the many who dies too soon.

Thanks for sharing this info., had no idea, i'm learning something new each and every time I step into your world

Thanks for sharing the information. I remember Max Robinson very well. Mr. Robinson was a consumate professional and indeed a trailblazer!!

Stephen, thanks so much for this. I was a huge fan of Max Robinson. When I was a young woman working in TV news, Mr. Robinson was one of my role models.