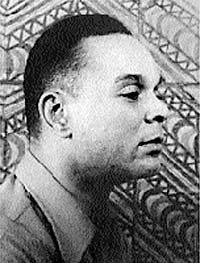 Chester Bomar Himes was born in Jefferson City, Missouri on July 29, 1909. Himes is the author of several novels and short stories, but he became famous for his crime novels in the late 1950s and 60s 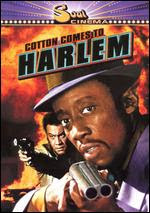 featuring Harlem detectives, Grave Digger Jones and Coffin Ed Johnson. Three of his book were made into movies featuring the two detectives. Cotton Comes to Harlem (1970) and Come Back Charleston Blue (1972) are considered classics among 1970s Blaxploitation films. Himes' novel, For Love of Imabelle was made into a film under the title, A Rage in Harlem (1991), featuring Forest Whitaker, Gregory Hines, and Robin Givens.

Thank you for educating me on Chester Himes. I actually studied the genre of Blaxploitation films in an urban studies course in college, and had never heard of him. I love the era of these types of films and have always admired the direction they took in movies like "Foxxy Brown" with Pam Grier. I will be checking the movies out that you mentioned!

Kei-
I took a popular culture course in college. I first heard of Chester Himes back then, but didn't read any of his novels. Thanks, Kei.

Awhile back, I read a few lines in a biography about Himes. For me, it was interesting. Unfortunately I wasn't able to finish because I was pressed for time. I read so many biographies. Often I discover things I would have preferred never to have known even if it does help in understanding the subject's motivations etc.

Thank you, once again you've educated me and expanded my horizons. I've learn't so much in the short time I've been reading your blog. Huggles and care

that dude could put it down. i know u miss the country alreayd - u know u a country boy at heart

definately going to check out the rage in harlem bit

thanx for the thought

I remember Cotton Comes to Harlem that was a cool movie. I'll have to add Mr. Himes to my list of authors I need to be reading. Thanks for bringing him to our attention.

Did not know Rage in Harlem was based on his book...

Thanks for bringing him to us!

Ehy Stephen!
4 days to the beginning of my holiday... I can't wait.

I'm writing a short story and the main character should be a blues-man from Missisipi.
Have you got some name to suggest so I can draw inspiration from? I know you're a music expert.. . ;)

Bronze-
I felt that way after reading Marvin Gaye's biography.

Mickle-
I'm happy to hear that. I need to visit you more often to see what you're doing. Thanks.

James Tubman-
Yeah, I have those on vhs and dvd.

Fitzgerald-
Me too. I've only seen the movies. I need to read the novels. They're always better.

Lovebabz-
Thank you and hello.

Fab-
Thanks for the compliment. How about Mr. Willie "Diamond-Back" Johnson. :)