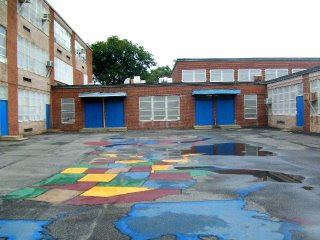 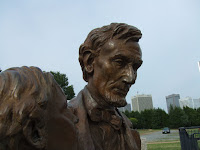 On this day in African American history, Abraham Lincoln, the 16th President of the United States (1861-1865), declared that the recently emancipated African American population in Washington, D.C. should be educated. The African Slave Trade was abolished in Washington, D.C. in 1850, but Slavery in the District was not abolished until April of 1862. This is a moment in Black History...or is it?

In response to recent educational rankings, the DC State Board of Education has scheduled a meeting this evening so that students, parents, community members, teachers, school leaders, and education stakeholders can express their concerns and perhaps come up with solutions to a problem that has plagued DCPS for decades.

Who is to blame?

e. All of the Above

I would like to echo the ancestors by saying that it takes a village. We must all have a hand in the education of our children because in the end, it won't just affect the African American community; inevitably, it will infect all of us.

I didn't know the african American population in D.C. was that high, I know it's ruff out there ;-(

Yes, George Clinton gave DC the name, Chocolate City in the early 70s. He produced an album 1975 and called it just that, Chocolate City. Yeah, the situation is not good.

Pretty sad right? What was also interesting was MD coming in ahead of VA. I'm sure some folks were shocked by that. I have to still write an article for my job about the full report and I'm not too excited.

Sugar-
I knew that we were down, but not that down. All the best with the article.

AG-
You know! It's been way too long this way.

I'm sad for those children, because the adults in their lives aren't doing better by them.

Dawn-
Yes, all of the adults from a-z. Thanks.

Greetings from another poorly ranked state.

I just saw _The Great Debaters_. Two of the thoughts, or emotions I had throughout were: 1. oh no, these characters will get shot any time! help! and 2. I wish I had students like that, and my students had parents like that!

It's a dang shame our Nation Capital rank so low... education always start at HOME but it takes a whole nation to give and provide our future with the best opportunity to be productive in the WORLD.

I just read your comment... I saw the Great Debaters as well and wished our kids possessed that same hunger those students had back when education was a must- have luxury. Now the opportunity is there on so many levels, and too many has taken it for granted and are left behind in a system that was designed to keep us there.

Speaking of systems designed to keep people down, check out the segregation statistics for the new New Orleans school districts:
http://mdfilter.blogspot.com/2008/01/black-and-white.html

I'm not surprised to hear this. As a DC native I often have to describe the "Two DCs" to those who've never been there.

As an aside, it should be mandatory that all congresspeople reside in the District. I'm thinking somewhere in Southeast.

Cero-
I haven't seen the Gret Debaters, but I had that same dream going into the classroom. :) Funny, I remember being that eager, respectable student when I attended that small college in Georgia. I'm still that eager student.

If~ever-
Amen! It takes a nation.

Rent Party-
Thanks for that info.

ACT-
LOL! I like that. I know some nice places right around Chesapeake Street or Wheeler Rd. Thanks. :)

its like that all over the us, so dont feel nad, compare the us to anybother country

Bonjour Stephen, your American school seems not so different than ours...
In France, we don't say that somebody is Caucasian, French-Asian (So am I) or else. It is not written nowhere, and I think it is good
As I explained once to you, when you are accustomed to live in a town with different people having different origins, you don't mind their origin
However i cannot say that every body is so, for instance when you have a colored skin you may be often asked your identity card. It is the case for one of my son who looks more Vietnamese than me and his girl friend who has her two parents coming from Vietnam

Abraham Lincoln is a very famous and well known President in France.

WOW! This is apaulling. I wouldn't have guessed this. I say e. All of the above - you are right, it takes a village to raise a child. Thank you for bringing this to our attention. I hope you have a good week!

I had no idea that the Afro-American population was so high either. The village needs people like you because I think you have the potential to evoke big change :-)

Torrance-
You're not kidding. It's everywhere. We have to do something, but what?

Cergie-
Yes, the diversity is so important. Unfortunately, DC schools lack the diversity that is growing in the city. It remains predominantly black and grossly overlooked. Always a pleasure, Lucie! :)

Zapped-
Thank you. My week is already looking up. :)

NML-
Thank you sister. I hope that I can make a massive positive impact one day. Well, we'll see what HE has in store for me. Good to see you.

who is to blame? it's a collective blame that we all share.

parents (at least in my experience) are too busy and/or are unable to assist their kids. kids seem disinterested in learning because it's not "cool," some teachers are just WACK and burned out, the politicians are just...who knows what they doing, and the school system is broken.

all major cities are having this issue. my school dist. is struggling and this NCLB b.s. is pulling us all down.

we need to scrap the whole system and come up with something that actually CELEBRATES and fosters learning, not high-stakes testing and mountains of blame.

You've said it all. So true. All is well with me. I'm excited about life despite the mess. *smile* Peace~