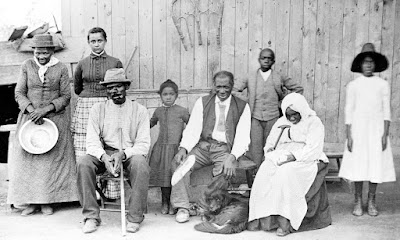 What is the first name that comes to mind when you think of The Underground Railroad? Harriet Tubman? Yes! This is exactly what the public school system taught many of us. History teachers rarely spoke of any other conductors in The Underground Railroad. Now, Mother Tubman will always be the beloved star of the Underground, but there were others who courageously led hundreds or maybe thousands of enslaved Africans to freedom. For instance, a white southerner by the name of John Fairfield would lead hundreds to freedom through The Underground Railroad in the 1850s. Now, there were many whites who assisted the emancipation of thousands of Africans in captivity, but John Fairfield was from a slave-holding family in Virginia. Fairfield would often use his family history to his advantage and pose as a slave holder or bounty hunter on his trips south.


Fairfield saw slavery as an evil institution and saw it first-hand as a youngster on the plantation in Virginia. He

saw husbands sold away from their wives and children sold away from their mothers. His goal during his 12 years as an Underground Railroad conductor was to unite loved ones who had been sold off. This was often profitable for white men who made a career in helping fugitives. Slaves would save money for years and give their life savings for freedom. Fairfield would often take their money. However, his ultimate goal was freedom. So, if they didn’t have money he would still ask them to join him.


John Fairfield would fight to the death to achieve freedom for the African in America and often made those he led to freedom pledge the same. He was not afraid to use the gun and often did so when it came to freedom for all. The receivers of his passionate bullets were often white and he had no remorse for those who stood in his way. He once told the Quaker abolitionist, Levi Coffin that “…Slaveholders are all devils, and it is no harm to kill the devil.” John Fairfield would go on to lead this often bloody quest for freedom until he himself was reportedly killed in the late 1850s during a slave revolt in Tennessee. This period in American history would mark the beginning of the Civil War (1861-1865). This would also mark one of the bloodiest of times in American history.


Note: The Undergound Railroad was a network of over 3,000 homes and other "stations" that assisted fugitive slaves in their quest for freedom

Sources: http://www.nationalcenter.org, http://www.freedomcenter.org, www.americaslibrary.gov and Wikipedia.org
Source and book on subject: The Creole Mutiny: A Tale of Revolt Aboard a Slave Shipby George Hendrick & Willene Hendrick (Author)
at 8/05/2007 10:05:00 PM

Hi Stephen,
First off,sorry I have not been around for a few days, it has been a little, pause, unbelieveable here in St Paul/Minneapolis the past several days. I traveled that bridge hundreds of times... Thank GOD none of my loved ones were on it at that time. A few close calls, but we are all safe. Sad, shocked and irrate that this could happen, but safe and alive!

I have to comment on a entry of your from last week. CONGRATS ON THE TEACHING JOB! I know you will be wonderful at it! Plus it sounds like it is what you want to be doing. And that in my opinion is one of the things that makes a great teacher, one who cares and wants to be teaching! Congrats again! I am thrilled for you! I needed to hear some good news!

And thank you again for another history lesson. I did not know that whites were helping in the Underground Railroad. That is so good to hear. I would have been one of those whites I think.

Take Care Stephen, and all of you, please remember to hug your loved ones as much as you can and tell them every day how much you love them! You never know when its your time. The road may just disappear from under you as did when 35W Bridge collapsed in Minneapolis last Wed. (I do not mean to preach, this tradegy is just heavy on my heart and mind right now)

Faith-
It is so good to hear from you! I was wondering about you and how you were doing. I started to write to you on the email that I had previously, but I didn't know if that was all right. Thank God that you and your family are safe. You have eased my mind and I thank you. You come to be a really good cyber friend. :)

Yes, I think that you would've helped the ancestors out on The Underground Railroad. John Fairfield was a bad brotha and I do mean good. I had to introduce him to those who don't know. Thanks again and I'm happy to hear from you. Peace~

Faith-
Oh...thanks for the Congrats! I'm excited about going back to the classroom. I'll be teaching a writing course.

Stephen,
Sorry to have you worried. You can e-mail me anytime! You are also a friend to me! :)

Well thank you John Fairfield!!!!
You always give us such GREAT information, Stephen. Yes, Mother Tubman will forever be the most widely known conducter of the underground railroad - but now, John Failfield will also be someone that I tell my children about when I tell them about our GREAT history.

Also, I'm sending a BIG thank you to the BESS family for your well wishes. Thanks for thinking of me. :-D

Faith - my prayers are with you, your, and the many affected by the bridge collapse in Minn. Kisses Sis.

What a GREAT post! I had never heard of this and you are right. The first person who came to mind was Harriet Tubman.

What an interesting story. I'll be sure to share with my friend. He loves information like this. Thanks!

Dance-
Thank you and I'm happy that you can appreciate the information. You know I have to share what I read. Also, we are very happy and proud of your recent accomplishments. I love to see a sister go beyond what is expected. Peace~

Sugar-
Thank you. It always gives me pleasure when I hear that someone is going to share they've learned. That is what teaching is all about.

Thank you Dance,
It is appreciated. I just hope they are able to recover the 8 still missing soon, so their families can have the closure they deserve! (In case you all have not heard, there are 8 still missing in cars buried by bridge and other cars in the river, and it is too unstable there to get to those cars to get the missing out. Today they brought in cranes to remove some of that debree so divers can safely get in there and bring the missing back to their loved ones!) Thank you again Dance, Stephen and all others who have been thinking and praying for us! That is all we can do now, pray. And as we know Prayer is powerful!

Sorry to go on and on about this on your blog Stephen, it is just very heavy in my heart and mind now.

Faith-
Not a problem at all. Yes, you and the people of Minn/St Paul are in our prayers. Peace~

Ehy Stephen!
I'm gonna leave on saturday, trippin' to the many beaches of Italy.
I just discovered that I'll have 10 more days in september to study for my last exam.
So,

IT WILL BE A DAMN GOOD SUMMER! ;-D

Thanks for the visit and... well... see ya in september, 'cause my life in blogosphere will be reduced in the next days.

A good summer for you too, brother!

Fab-
Happy to hear all is well. Thanks! I'm looking forward to the rest of this Summer. It will be picking up very soon.

I really enjoy this site. I was aware that the underground railroad owes thanks to many whites but I was not aware of the story of John "it is no harm to kill the devil" Fairfield. Thanks.