The late great Chicago soul singer, Sam Cooke sang and announced that "A Change is Gonna Come." On season five of Showtime's, "The Chi," the award-winning writer, creator, producer, actor, and CEO Lena Waithe is helping to change the way everyone views Black men in life space. The APA Dictionary of Psychology defines Life space as a representation of the environmental, biological, social, and psychological influences that define one person’s unique reality at a given moment in time. The physical and psychological environment of Black men in life and in film has been in jeopardy for decades but Waithe is helping to change that perception while maintaining characters who are flawed but redeemable.On the eighth episode of The Chi, Season 5 “Sweet Thing” (S5E8) the overriding theme is all about change. For some, change can be painful. Change means that things will not remain as they were; in fact, change can mean a shift that is sometimes so dramatic it can transform a person’s life for the long term. I have watched “The Chi” since the first season, and I have been more than pleased with the creative plot twist presented by director and creator, Lena Waithe. This Showtime American drama about the lives of Black people living on the Southside of Chicago has provided some of the most entertaining and riveting storylines that I have ever viewed and experienced in television. Character development since the first season has been both refreshing and true-to-life. For example, the character Jada (Yolonda Ross) and her progressions as a single mom navigating dating life, the pain of loss, and nearly loss of life as a cancer survivor, finally reaches a redemptive point when she rekindles her relationship with high school love and son’s father, Darnell (Rolando Boyce).

Darnell’s transformation (as a Black man) from the mannish boy that Blues legend Muddy Waters screamed about to a man, father, and possible loyal husband is a rare sighting in television and film. Why is that important? Arguably, without looking at “The Chi” ratings based on race, gender, etc., it is safe to say that a majority of the viewership reflect the characters on the show – Black people. Some of those Black viewers are likely between the ages of 18-33. It is important (for a change) that those viewers and others see Black characters -- in all of their imperfections -- develop or change into people who make better life decisions. In other words, they are redeemable characters. This is important in a society that views many Black boys and men as oversexed, unredeemable, and completely lost. This counternarrative presented by Waithe and her team of writers demonstrates that even though characters like Darnell, as well as his son Emmett (Jacob Latimore) started as flawed, disloyal men, they were more than capable of changing for the better. Like anyone, they are capable of becoming loving fathers and husbands if they are given a chance to develop and make a change for the better. Bravo to the cast and crew of "The Chi". You are creating television that is worth watching and this is definitely a welcomed change. ~Peace
at 8/14/2022 08:58:00 PM No comments:

Hello friends. I'm just showing my face while I am still in my birthday month of August. Go Leos! Like many, I do an assessment of my life on my birthday; I take stock and think about the necessary changes for myself. For me, it's about getting better and doing better. This year was no different, while I have been sitting at home during this pandemic. I am still finishing up my doctoral studies. I have been doing my coursework since 2018 with a focus on critical pedagogy, and I will soon start my thesis work. So, I am moving forward, but I have been thinking more about creative writing. Currently, most of my writing is academic, but I long to sit and write creatively. I crave it so much that I throw some of that creativity into my academic writing. So, my goal this year is to make more of an effort to publish poetry and maybe some short stories. We'll see. I have made progress in other areas of my life this year, so maybe it is a sign of things to come. Again, we will see. Well, take care of yourself and continue to stay safe. Peace.
-Stephen
at 8/21/2020 01:16:00 PM 2 comments: 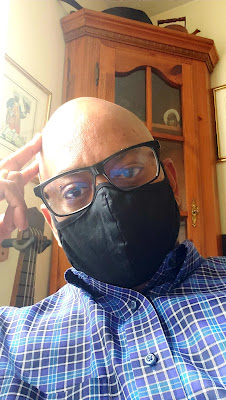 I was just sitting here thinking about the "Stay-At-Home" order and how to be content through the madness. Trust me, it is not always easy. I have moments where I feel a little anxious, and I have moments where fear will try to set in to disturb my peace. Nevertheless, they are merely moments; they are not part of my daily existence. Most of the time, I feel content and at peace; most of the time, I feel happiness and joy; and most of the time, I feel loved and respected by my friends and family. I can only hope and wish the same for anyone who reads this post. Well, take care and be safe. I just wanted to share my thoughts with you today. Peace~
at 4/30/2020 02:21:00 PM 3 comments: 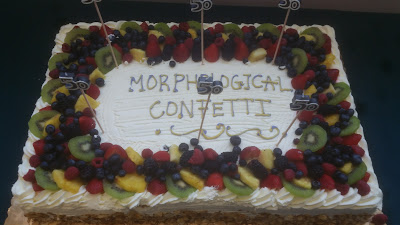 Today, on April 4, 2005, I joined blogger as a way to start a web journal. I thought that it would be a great platform to not only express myself but to sort of record my ideas, and it has proven true. I started with just my thoughts for a particular day. Soon, it morphed into a way to write and share my photography. Then, it morphed into a way to share my poetry and prose. That led to me meeting other writers, not only here in the United States, but writers and bloggers from across the globe. This blog has taken me from New York City poetry events to celebrations of  African descendant culture in Uruguay, South America. It has been a blessing. So, today I celebrate this platform, and I hope to celebrate it for many more years to come. So much has changed since my first post 15 years ago. It will be interesting to see what God has in store for me in the next 15 years. I'm excited! Well, before I end this anniversary post, I'd like to thank all of you for supporting this blog and for sharing your thoughts in my post. It has added so much flavor to many a conversation about various topics. The journey has been almost as sweet and tasty as this featured cake. It was so yummy. 😋 Well, take care, thank you, and stay safe. Peace~

This is my first day on Blogger! I am very excited about blogger and my future postings. Also, today is the first Monday after Daylight Savings and I am still a day late and a dollar short. Peace~
at 4/04/2020 01:25:00 PM 4 comments:

April is National Poetry Month. With all that I have on my plate, I will be happy if I can write at least one poem this month. We will see. Meanwhile, let us celebrate the art itself and celebrate those who have so poetically paved a way.


The Pool Players.
Seven at the Golden Shovel.

We real cool. We
Left school. We

Lurk late. We
Strike straight. We

Sing sin. We
Thin gin. We

Mental health. This has been on my heart for many years concerning Americans in general, but it is especially crucial in the African American community because some of us have accepted the myth that it does not affect us. News flash: IT HAS ALWAYS AFFECTED US! When examining it from a historical perspective, there are countless narratives from the Antebellum era here in America of African Americans exceeding a psychotic threshold of no return. For example, there was the fugitive enslaved woman, Margaret Garner, who when cornered during a siege in 1876, butchered her children to prevent them from returning to slavery. The narrative was so terrifying and compelling that writer, Toni Morrison, based her novel, Beloved on the event. Even though Nat Turner attributed his actions to being under the direction of the Almighty God, what was his mental state?

I could go on with countless stories, but the bottom line is that mental health should be taken more seriously, and it should be daily concern as we move forward in the hectic world in which we live. We simply cannot live without it. So, thank you Ms. Henson for shining a light on this very serious topic. God bless you as you continue to battle your own mental health. May all of us follow that example and deal with our own. I think that it would make all the difference.

Margaret Garner Kills One of Her Children Rather than Permit Her to be Returned to Slavery. (2019). Retrieved June 12, 2019, from http://www.digitalhistory.uh.edu/disp_textbook.cfm?smtID=3&psid=510

Margaret Garner, a fugitive slave from Kentucky, killed one of her children rather than permit her to be returned to slavery. She drowned in a shipwreck as she was being brought back to slavery.

Thoughts From The Teacher 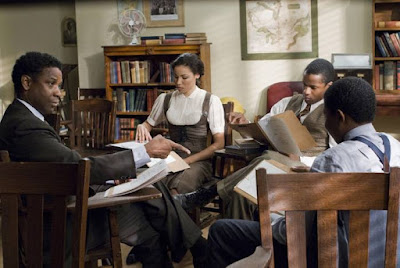 Yesterday was the start of a new semester with new students. It is always exciting for me to meet a new class full of eager and nervous students. They don't know what to expect from me, and I expect everything from them. Most importantly, I expect much from myself.  As it says in scripture, "to whom much was given, of him much will be required..." (Luke 12:48). Therefore, I also have to be the best that I can be as a teacher. They are depending on me to teach them something that they did not know before entering my classroom. I am also expecting to learn from them. Overall, it is up to me to facilitate a viable teaching and learning environment. For me, there will always be room for improvement; therefore, I continue to strive for the perfecting of my craft. Power to the teacher, and more power to the student! Peace~
at 1/23/2019 07:38:00 AM No comments:

This is America Symbolism


Like many, I am intrigued by Donald Glover's (Aka. Childish Gambino) new video, "This is America." I have been a fan of Glover's FX television series, "Atlanta" for some time, but I have not really explored his music until I watched Jordan Peele's film, Get Out. The film opened featuring Childish Gambino's song, "Redbone." Since then, I have been interested. It is safe to say that I am a true fan after hearing and viewing this shockingly creative song and video. Whooo! Anyway, I am not going to attempt to break down this video in my own words. I will allow this video from Time to do the talking. Yes, "This is America."
at 5/08/2018 06:31:00 PM No comments: 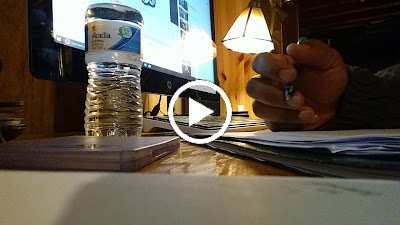 It's that time of year again. Students are turning in their final papers and things are slowing down -- well, in the classroom. Meanwhile, I am grading papers in the basement and listening to a little music. What's better than some old school Delfonics? It helps me to relax and focus while I grade these essays. Soon, I will switch grading papers electronically. I have to get out of the old way of doing things. The future is now -- time has come today! Anyway, let me get back to my music. Oops! A comma splice.

Ready for a New Season 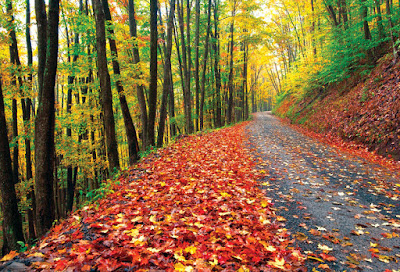