Cam and Huey: The Year of the Panther 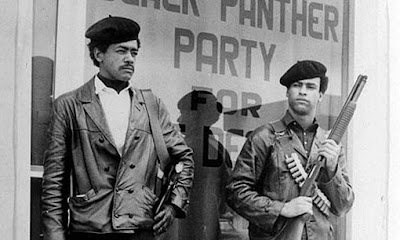 First, let me just say that I am not associating the Carolina Panthers football organization with the revolutionary Black Panther Party for Defense. OK. Done. However, I couldn't help but notice that 2016 is the 50th Anniversary of the The Black Panther Party, an Oakland, California based organization founded by Dr. Huey P. Newton and Mr. Bobby Seale in 1966. Now, Cam Newton, an African American man who bears the last name of the aforementioned revolutionary will be a starting quarterback in the 50th anniversary of the Super Bowl! That is so ironic - don't you think? 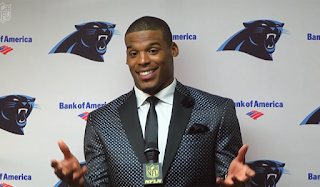 Plus, Cam Newton, along with the Carolina Panthers fan base, and Cam supporters have been trying to "defend" the fact that Cam Newton is a superior quarterback in the National Football League (NFL). Meanwhile, Mr. Cam Newton has had to endure intense scrutiny and criticism for not only being an NFL quarterback, but for being just a human being. Crazy, right?

Therefore, I will declare 2016 The Year of the Panther. I will also predict that the Carolina Panthers will be victorious in Superbowl 50. They will be victorious not only for the vindication of a superior NFL quarterback in Cam Newton, but for the defense of everyone who has had to endure unfair criticism and scrutiny simply due to the color of their skin. This is not to say that Cam Newton is definitely being criticized because of his skin color, but...  I will let readers draw their own conclusions.