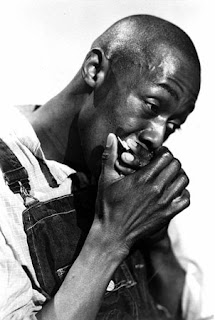 Comedic actor, Stepin Fetchit, was born Lincoln Theodore Monroe Andrew Perry on May 30, 1902 (maybe as early as 1892). There is little know about Mr. Perry’s early life, but he was born near Key West, Florida to immigrant parents. Personally, this surprised me; the man who would personify the southern jive-talkin’ “coon” was the son of a Jamaican father and Bahamian mother. Until I looked up his info, I had him growing up with Ma Rainey (see: redhotjazz.com/rainey) in Alabama or Mississippi somewhere.

Mr. Perry was better known for his stereotypical, foot shuffling, slow talkin’ – yassa bossin’ character that became synonymous with uneducated blacks in the Southern United States. It appalled and offended many African Americans, while entertaining much of white America. In fact, it entertained white America so much that Mr. Perry became the first actor in history to become a millionaire.

Interestingly, despite all the criticism and accusations for setting black folks back about a hundred years, Mr. Lincoln Theodore Monroe Andrew Perry (AKA Stepin’ Fetchit’) was praised for his part in opening doors for black actors, and notably received the Special Image Award by the NAACP (National Association for the Advancement of Colored People). Also, he was elected to the Black Filmmakers Hall of Fame in 1978. Mr. Perry died from congestive heart failure in Los Angeles on November 19, 1985. He was 83.

There will always be critics no matter what you do, where you're from.

What I like is how he just did what he did, chucking aside the critics. A man's just gotta do what a man's gotta do.

Heh. We Caribbean folks do get around.

Were you reading my mind or did I mention Zora Neale Hurston? Because that's the same thing I was thinking but didn't bother to say it here!