Juneteenth: The reason behind the reason 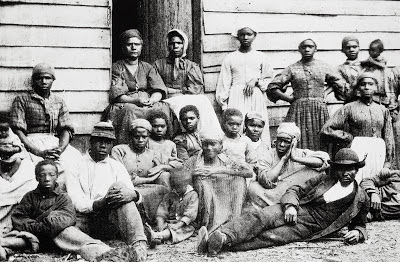 Today is June 19th and some of you know what that means -- that's right Juneteenth! Now, some of you may not know what Juneteenth is all about, so I'll give you a brief knock down. First, the Emancipation Proclamation was issued by President Abraham Lincoln on January 1, 1863. There are varied theories as to why he issued this emancipation for slavery, but that's another blog. Anyway, the Emancipation Proclamation only related to areas under the control of the Union. This proclamation did not include slaves in the border states (Galveston, TX) and southern states that were under the control of the Confederate States of America . This would soon lead to 13th Amendment to the Constitution on December 18, 1865 which "ended" slavery in all parts of the United States. So, on June 19, 1865, the Union General Gordon Granger traveled to Galveston, TX to inform the inhabitants of the news.

Side note: In reality blacks in the United States would continue their struggle for freedom for the next one hundred years. This would eventually bring us to The 1965 Voting Rights Act that outlawed the requirement for a literacy test to meet voting qualifications. Unfortunately, today the struggle continues. Happy Juneteenth! Peace~

i've been tryign to find some juneteenth events in nyc. but i think this has evolved into primarily a southern celebration. What do you think? if you know of some lemme know.

The celebration here in DC was on yesterday. It would've been a great idea to post where they are across the nation. Thanks for stopping through.

i would add...that that struggle for "freedom" still goes on. there are so many inequities in this country that it's crazy.

Wow, thanks Stephen. It is amazing to me how much of this I do not know about. I never learned in school...

I agree though the the prisner's wife "that that struggle for "freedom" still goes on." Sadly.

faith-
I look at education in our schools as a starting point for self education. You're doing a great job. :)

Happy juneteenth! I don't think I would know anywhere near as much about black American history if I didn't read your blog!

Yeah, I know they had the DC one... and I've seen some in my homestate, wv, too... but for some odd reason, NYC people never heard of it. I think next year I gotta be the organizer, myself.

SEJ-
You are just the man for the job.

Happy Junenteeth Stephen, thank you for keeping us informed. You are a great historian, and narrator.

Thanks, Stephen. I have been saying this again recently, but a reading of the 13th amendment to the US Constitution will show that slavery is legal. It is abolished "EXCEPT as a form of punishment." If there is an exception, it means the practice is legal; it ain't ovah.

We've moved from plantation, to ghetto, to prison. They are moving the black community from the outside to the inside; there are probably more jobs available in the pen than in the inner city.