Too Bad For Barry: The Cocaine Chronicles 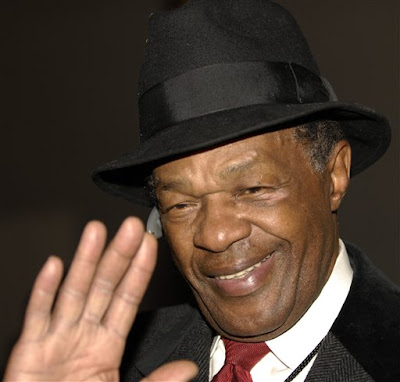 Marion Barry has always been under the microscope of the media long before his
exposé in January of 1990 when he was caught on camera smoking crack cocaine. In recent news, the 69 year old former mayor tested positive for cocaine once again. His response to all of the accusations and media hype was, "write what you want to write." The Washington Post and other newspapers did just that. They reported the information that they received from anonymous sources.
Something positive about Marion Barry before the "pipe":
The Barry that I remember as a teenager was a champion of the poor. The one program that I remember most was the Youth Summer Job program that he established for teenagers in the inner-city. That Summer Job Program kept a lot of teens off the streets and a little change in our pockets. In March of 2005 the DC Council voted to substantially increase the number of youth jobs by 2006. Marion Barry is currently serving on the Council for Ward 8 in D.C. The Youth Summer Job program hasn't been seriously looked upon in 15 years.

So should the good outweigh the bad?

Should a man who does positive things for his community not be forced to uphold similar virtues in his own personal life?

I don't know much about Mr. Barry, but testing positive for Cocaine is not setting a good example to those who look up to him.

No, certainly not. He should be punished and made an example for his wrong because it's just stupid! I am just saying something positive about him because most people outside of the Washington area don't know this about DC's former mayor. Those who are familiar just know him as a "crack-head."

I heard a lot about the summer job program. It did a lot of good for a lot of youth. It is a shame that its sucess was overshadowed. I think DC can do better than Mr. Barry.

Hello Brea. Yes, I agree that DC can do much better. I feel as you do about the fact that this man allowed his personal demons to be exposed on a political platform. It's sad that he allowed a controlling substance like cocaine to destroy his political career the way that it did. Thank goodness his blunder is rare in Black politics.

marion berry is a human being just like the rest of us. we don't expect ourselves to be perfect, so why expect it of him? we forgive our own faults, why not forgive his? just because he's a known person in the community doesn't mean he shouldn't be held up to the same standards we hold ourselves up to. this means acknowledging the cocaine habit is self-destructive but also accepting the fact that that's his personal battle to deal with. in the meanwhile, the rest of us got a nation to build. all of us flawed folk.

I agree with Nikki, One sin is no worse then the other, and we all fall short.

Nikki You said it wonderfully, I have nothing to add. Just prayers for Marion Barry.

I agree with Nikki and N~control also!

Oh Lawd I was like is he dead till I read the article.

We're human and we err and cocaine is one hell of a drug....when you choose to be in a public postion like that, well you must do better cause you're under a microscope.

Nikki-
Wow! You blew up the spot in my absence. :) That was well said. You said something that we often forget. We are all "flawed folk." I wanted to say something positive about the brother too, but I will admit that I was somewhat judging him. Thanks for that slap.

N~Control & N Search of Ecstacy-
Thank you for your comments and hello.

I'm not sure if the "Take care mr. barry" is sarcastic or what. . . but I find it oddly humorous that you put it like that.

Stephen-
:) I'm not sure what I meant by that? I found it odd when I was writing it, but I left it in there anyway.

"God has blessed me with a good brain and a lot of energy and a great spirit," Barry said. "And I didn't wish these things on me. I wish I didn't have them."

I hope u get over the hump Mr Barry, for the people's sake, I sure'nuff hope you do!!

That's too much talent to waste on drugs. God has given you much, and you know much is expected of you. Pass the baton Sir!!! don't sniff it off!!

Tryphina-
You're something else. Haa haa! :)

Everyone is under a microscope and it's not just Blacks.
Look our present government.
All the Republican bullshit has been coming to light.
And guess what?
NONE OF THEM ARE BLACK!

He did what he did.
When you go into politics you are expected to have a clean slate.
Yes, noone is perfect and we all have our flaws, but you choose your own lifestlye.
If you failed a drug test at your job should they say "That is your own personal business and you should be left alone to deal with it?"

He's done so much to help the people of his city but he neglects himself?

Come on!
Who wants to follow a hypocritical leader?

If Barry truly wanted to be a good role model for DC's youth, then he should go into rehab and counsel kids about drugs. His experience will do more to help these kids avoid drugs than anything else.

jenellybean - why hold politicians up to a higher standard than we hold ourselves? are we looking for them to "take care of us ignant folk who don't have the power or self-control to take care of ourselves?" my point is this...barry shouldn't be any more persecuted than the crackhead down the street. they're both damaging the community with their presence, but ultimately, they're doing more damage to themselves. i pray for the cat to figure that ish out for himself.

"jenellybean - why hold politicians up to a higher standard than we hold ourselves? are we looking for them to "take care of us ignant folk who don't have the power or self-control to take care of ourselves?""

We hold politicians to a higher standard b/c the were voted by the poeple to make powerful life altering decisions.
We do look for them to take care of us, but not b/c we are ignorant, but b/c we ELECTED them into power and that's how a democratic society works.

Sister Nikki, I do understand what you are saying, but as a woman who is involved in politics and plans to get more involved throughout my legacy I understand the microscopic perspective my life will be under. Anyone entering the world of Politics knows this. With this very same knowledge Mr. Barry entered.

I would be sick to my stomach if the person I devoted my vote to turned out to be a Crackhead.
He owes more to his constituents and that's simply an aspect of his life as Mayor.
Yes, everyone makes mistakes, but Crack?
The same drug the disproportionately breaks of Black homes.
The drug that puts his people in jail.
The drug that kills his people!
Shame on Mr. Barry.

Well, I have weaknesses too, I have things I don't want to do, but I have to because my social, and developmental status states thus. When you are an infant you crawl, when you are a toddler you start to stand and heck by the time you are 9-12 months you are walking on your own. That's just how life was created, I mean we were created by a Divine Power. We did not evolve!! We were all born free, and equal with dignities and rights (MLK). Marion Barry cannot keep crawling back to his vomit like a stray dog!! It has to stop!! He needs help.

I agree Mr Barry have been placed on higher ground by our votes. We trust him to represent not only our desires, and aspirations, but our interests as well as our limited resources. Yes, we expect Barry to act and conduct himself a certain way, believe me that does not include sniffing cocaine!!


No, politicians are neither smarter nor better than we are. only brave, and willing to take the risk. I am truly frustrated to see such a gifted man persistently, and consistently work himself to his demise. Marion Barry needs to clean up his act. No more excuses!!!

I am hurt, and disappointed. I feel this way especially because I have heard, and seen Marion Barry's passion for the people. I have seen him in the trenches with the people, or shall I say I have seen him seen Barry with his nails dug deep into the dungeons of hell called "ghettoes" I have seen him inspire and implement practical means of survival for the young people in the District of Columbia!!!

Gosh the comments have been busy! I won't pretend to know a lot about Marion Barry, being based in the UK and everything but I have heard of him. I happen to think that you Stephen and your ability to find a positive thing about him amongst all of the muck is admirable. He may not be up to much now other than being a crack fiend, but with any luck he made an impact on a few teenagers lives and made a difference. It's a shame he didn't hold onto his values and let go of the crack pipe...

nml-
Yes, I wanted to say something positive about Barry. He's a nice guy despite it all. He can be seen anywhere around town (grocery store, restaurant, etc.) and he always speaks. I hope things get better for him.

This is a late comment and I hope my opinion is welcome, being a white and relatively new resident of D.C. But I think that part of the condition of forgiving someone is their working to never again make the mistake you are forgiving them for. Mr. Barry was forgiven and welcomed back to the District with open arms in 1992, but it was also understood that his problems with addiction were behind him.

If we continue to forgive someone over and over again for the same thing, we are sending a message to them that says, "There's no reason to stop doing what you've done, because the people will never hold you accountable for it."

I deeply respect the amount of time, energy, and himself that Marion Barry has put into helping this city. But I think maybe it's time that he help himself instead, and give leadership of Ward 8 to somebody who can put the effort into it that he simply cannot these days.

Michael J West-
Thank you for your comment and welcome. I agree that we should not continue to forgive Barry. I feel that this is the time for him to really get himself together. He should want a more polished image in his waning years, but....

Anyway, thanks for stopping in and welcome to the District! :)